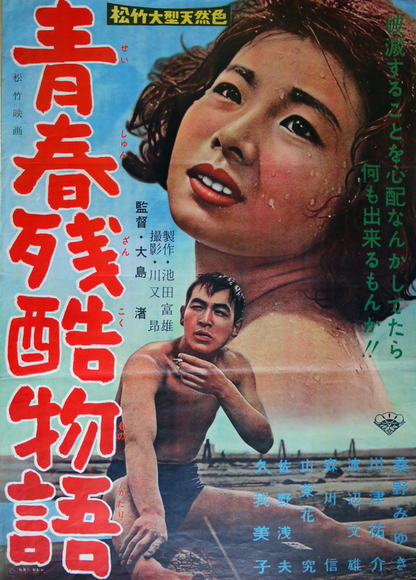 Kiyoshi is a brooding young man who treats women solely as objects. Makoto is a young woman who is just reaching her sexual awakening. She and her friends accept car rides from middle aged men, although they state it is nothing more than fun with no intention of leading those men on. Kiyoshi and Makoto meet when he saves her from one of those middle aged men who tries to take advantage of her. Despite treating each other abusively, they start a relationship with each other which leads to what they call love, but feels more like an emotional dependence on each other to rebel against traditional society. Each with no money, they start to extort money from these middle aged men who she leads on. This act is only one demonstration of the only power they feel they have, namely sex, which they use against others as well as against each other in their doomed relationship.